Even though signs are good that lockdown will be eased by summer, we still have a few months to get through. So, before we’re released from our ‘cells’, I offer some reflections on the 14th c. Christian mystic – Julian of Norwich – who not only lived through a plague, but knew what it was like to be confined within 4 walls! We don’t know much about her early life – except that she lived through the bubonic plague that killed nearly half the population in Europe. The plaque started when she was 7 years old, and came and went in waves throughout her life. It’s almost certain she would have lost family members; some scholars speculate she may have had a husband and children who died in the plaque. When she was 30, during an illness in which she nearly died, she had a spiritual experience – 16 visions which she recorded in a book – ‘Revelations of Divine Love’. It’s the first known book to be written by a woman in English.

At some point Julian became an anchoress – choosing to live the rest of her life enclosed in a cell attached to the church. The anchorite vow was strict; effectively ‘dead to the world’ you could never leave your cell – though Julian may have had access to a couple of rooms – maybe a small garden. One window would have looked into the church; another window looked onto the street. And to this window people would come seeking her advice and counsel. Norwich in the 14th c. was a busy seaport, so whilst physically distanced from the world, Julian would have still known what was going on. She had 2 serving maids who brough her food and supplies, just as those who are shielding during the pandemic are reliant on others. Alongside prayer, reading and writing, she may have turned her hand to needlework – just as many during lockdown have turned to creative pastimes.  Julian’s life was restricted, as ours currently is – she couldn’t go where she pleased. But within the confines of walls – although socially distanced – she could still communicate – even if she couldn’t touch or hug.  During the pandemic, like many others, I’ve had a fair few conversations through windows and doorways! Above all, Julian had an optimistic and hopeful attitude towards life and is most well known for the words: “All shall be well, all shall be well and all manner of thing shall be well’. This seems a startling claim, given the times she lived through.  Julian’s visions led her to the conviction that God is pure love and contains no wrath; ‘sin’ is ‘behovely’ or necessary – part of a learning process as humans grow to maturity. Just as loving parents accept their children’s mistakes, so too does God (whom Julian calls Mother.) In Julian’s age such notions were radical. With the plaque and the ‘Hundred years war’ between England and France, it was a time of political, social and  and religious turmoil. In contrast to the priests who preached that the misfortunes afflicting the population were punishments from an angry God, Julian’s words surely brought hope and consolation.

The notion that ‘all shall be well’, could be dismissed as naïve optimism which flies in the face of reality. But Julian knew a thing or two about suffering and makes it clear she will not be shielded from pain: “If there is anywhere on earth a lover of God who is always kept safe, I know nothing    of it…But this was shown, that in falling and rising again, we are always kept in that same precious love” …“He said not ‘Thou shalt not be tempested, thou shalt not be travailed, thou shalt not be diseased’. He said ‘Thou shalt not be overcome.’ ” Julian is not promised protection, but the strength to endure. And she does not take this promise lying down. She argues back, ‘Ah good Lord how can all things be well, because of the great harm which has come through sin to your creatures?’ It took Julian nearly 20 years to accept these words. She did not trot them out as a pious platitude – but wrestled with them – until finally she made the words her own.  Julian came to the same deep-rooted faith which enabled the apostle Paul to write “We are afflicted in every way, but not crushed, persecuted but not forsaken, struck down, but not destroyed”. This is a faith lived out in every age, by ordinary men and women who see reason for hope, amidst the bleakest circumstances.  For Julian and Paul their hope was founded on the unshakeable love of God and Christ. But this hope is not the monopoly of Christians. It is found in people of diverse beliefs. It could be a philosophy of life that enables you to make sense of the notion that ‘all shall be well’ – perhaps the Buddhist principle of non-attachment, with its possibility of transcending the cycle of suffering and duality. Or belief in the goodness of human nature, that envisages a world where we finally learn to live at peace. Or maybe a perspective that sees the planet as a self-renewing organism – capable of regeneration, long after humans have done their worst.  And even if we can’t believe that ‘all shall be well’ on a global scale, on a psychological level there’s something to be said for ‘acting as if’ it is true within our own lives. Not smothering painful feelings or denying problems, but holding the opposites in creative tension: I feel sad, there is pain – that is a reality – but not the whole of reality. I choose to enlarge my vision, to see what else is present – noticing beauty, goodness and kindness, alongside the pain. This seems akin to the Buddhist doctrine of Two Truths.  ‘Relative’ truth is based on appearances and describes our experiences in the concrete world. ‘Absolute’ truth describes an Ultimate reality. In our limited perception, we suffer, but there is a larger reality, transcending human preoccupations. 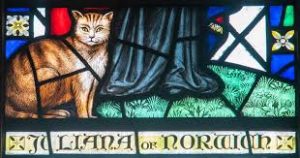 Some people argue if we kid ourselves ‘all shall be well’ we become passive and do nothing to change our situation.  Take the ecological crisis facing our planet. The young climate activist Greta Thunberg refuses to pacify adults with soothing words. Instead, she rightly holds us accountable – she would say that all will NOT be well. But with climate change already upon us, however bleak the prognosis for our planet, holding onto a more hopeful vision can spur us to positive action, which may just make a difference. I can’t grasp the scale of the ecological mess we’re in, but whatever our collective future, for my own sanity I hold onto the conviction that somehow on some level, beyond my comprehension, that ultimately all can be well.  This trust comes from my lived experience – as I’ve wrestled with questions of faith as Julian did. On one level this conviction that ‘all shall be well’, seems utterly foolish, but it enables me to live more joyfully and confidently, than I otherwise could. Perhaps you can experiment with the notion that ‘all shall be well’ – wrestle with the words to see if you can make them your own; either as a spiritual reality, where you know yourself held in the embrace of Love, as Julian did; or as psychological tool – making a conscious choice to live and act as though ‘all shall be well – and see what difference this makes in your life. 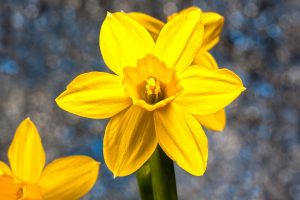 In Faith and Hope, Sheena