As lockdown eases some of you may this weekend be venturing further afield, and I hope you are able to enjoy these new liberties whilst staying safe and well. You will be aware that the government has given permission for places of worship to reopen tomorrow subject to certain guidelines and safety measures. Given our Chapel’s small size and other factors, we are unable to comply with these requirements and do not foresee ourselves opening for Sunday services before September at the earliest. I am working with the Chapel Trustees to ensure we do all we can to enable reopening as soon as practically possible (following government guidelines and recommendations from the Unitarian district and central headquarters.) Over the Summer we will continue to offer Sunday services and meditation via Zoom, and endeavour to keep in touch with Chapel members and friends not online, by other means.

Sunday’ss Zoom service will mark the 72nd birthday of the NHS which falls on the 5th July. It will include personal reflections on healthcare by chapel members, video clips of Nye Bevan and the NHS choir, plus the chance to light virtual candles for those you care about.  We will be online to welcome you from 10.50am. 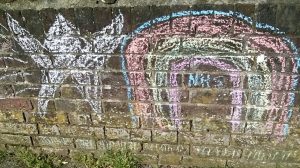 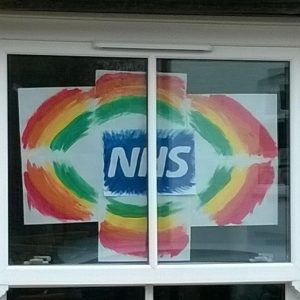 Since the lockdown, the G.A of Unitarians and Free Christians has held several online conferences engaging with important issues of our times. The most recent was an online discussion on race. I was unable to attend due to another commitment, but Rob Oulton did so, and this is his summary:

“In response to the world-wide furore over the killing of George Floyd by a white policeman in the US, and its uncovering of the deep roots of racism entwined through British history, a national Zoom meeting was held on Thursday which around 140 people attended – Unitarian and non-Unitarian. Organised by Revs Winnie Gordon and Kate Dean, the meeting was opened by Kate Dean (Minister, Rosslyn Hill Unitarian Chapel, Hampstead) who spoke about growing up as a mixed-race person in rural West Country.

The meeting then heard four addresses:

‘Black and the UK. The negative portrayal of black history, the discrimination and racism suffered by the Windrush generation past to present; sharing positive contributions of black people to UK history’ – Garry Stewart, Director at Recognize Black Heritage and Culture.

‘Being our authentic self: The challenges of people of colour to be ourselves’ – Rev Winnie Gordon, Minister, UNM Birmingham and Kidderminster Unitarians Churches.

Winnie Gordon and Judy Ryde explained  very clearly that, though many white people including Unitarians would not regard themselves as racist, we can easily be unaware of an innate sense of privilege and assumed superiority – white bias is not only explicit in the structures of our society (police, the law, media, politics, industry, religion etc) but also implicit in often deeply unconscious – so unacknowledged – attitudes toward black and people from other ethnicities.

Using examples of Liverpool’s status as the UK’s pivotal port in the transatlantic slave trade, and the history of post war migration from the Caribbean, Margaret Perry and Garry Stewart drew our attention to how little the British know about their own history regarding the underpinning of the UK economy by the slave trade, as well as the reasons for and experience of the ‘Windrush’ generation when they came to Britain, and how that has shaped and changed modern British society.

In break out rooms of 12 or so, we each considered a separate question, to feed back to the plenary. My group’s question was: ‘How do you challenge racist talk, without causing offence?’. We realised how easy it was to just be passive and complicit, so it was both necessary to rehearse your response (which in turn means genuinely examining your own attitudes and information) as well as actually being prepared to cause offence.

The meeting ended with a piece by Rev Cody Coyne and Adam O’Leary-Amponash from Cross Street Chapel Manchester, talking about how they were responding to this moment, recognising the deep historical ties Cross Street would inevitably have with slavery, because of Manchester’s global role in the 19th century cotton industry. The meeting was sobering, enlightening and challenging – and was a great organisational success.” Rob Oulton

This is surely only the start of an ongoing and necessary conversation about race and white privilege. The recording can be heard at this link https://www.youtube.com/watch?v=9qcD0kA-9uU&feature=youtu.be

The Inquirer – published fortnightly – is a great way of staying in touch with what’s going on in the wider Unitarian movement. The latest edition is free to read and download here: https://tinyurl.com/y9h6sulh  You can also keep informed about what’s going on in the wider movement by signing up for Uni-news (info@unitarian.org.uk) a monthly e-bulletin with details of Unitarian events, plus inspiring and challenging articles and blogs – and via https://www.facebook.com/UnitariansUK/

In these challenging times with the world in such flux, when so many issues call for our attention – it seems more important than ever to stay informed and connected with others in spiritual community – knowing we don’t have to do it all alone!